As a professional singer, Hasmik Baghdasaryan, the soloist of the vocal ensemble Luys, appreciates the way the members of the Armenian quintet work together. The musicians’ cooperation within the ensemble is very harmonious and cheerful but at the same time on a high professional level. When on tour, Luys presents two very exclusive pieces of music “Banin Hor“ and “Ibr Zard“: The first piece was specially written for Hasmik Baghdasaryan, while the other one has been composed by her good friend, the well-known Armenian composer and artist Vahan Artsruni. He gave Luys the exclusive right to sing this song, which is a great honor to the artists. Besides her work with Luys, Hasmik Baghdasaryan has recorded many albums with modern composers, as for example with the Greek composer Alkis Baltas; with Vahan Artsruni she has recorded music comprising the music era of more than 500 years; and she has transferred the music of Mesrop Mashtots into the modern music age.
Furthermore, Hasmik Baghdasaryan’s music has been acknowledged at a music contest in Kaliningrad, where she won a price as the representative of her home country Armenia. And in September 2010 she was one of the artists performing at a concert dedicated to the 90th birthday of the legendary modern Armenian composer Aleksandr Harutyunan. In February 2011 Hasmik Baghdasaryan plans to give a concert in Lithuania, where she will present Manuel de Falla’s “Siete canciones populares Espanolas” together with the Chamber Orchestra. And in May 2011 she will give two concerts in Linz, Austria – one presenting modern songs and the other one as an anthology of the Armenian sacred music. The singer has been invited to this music festival in Linz by the organizer himself, who had been very impressed by her voice and music at one of her concerts with the Armenian Chamber Choir in Armenia. 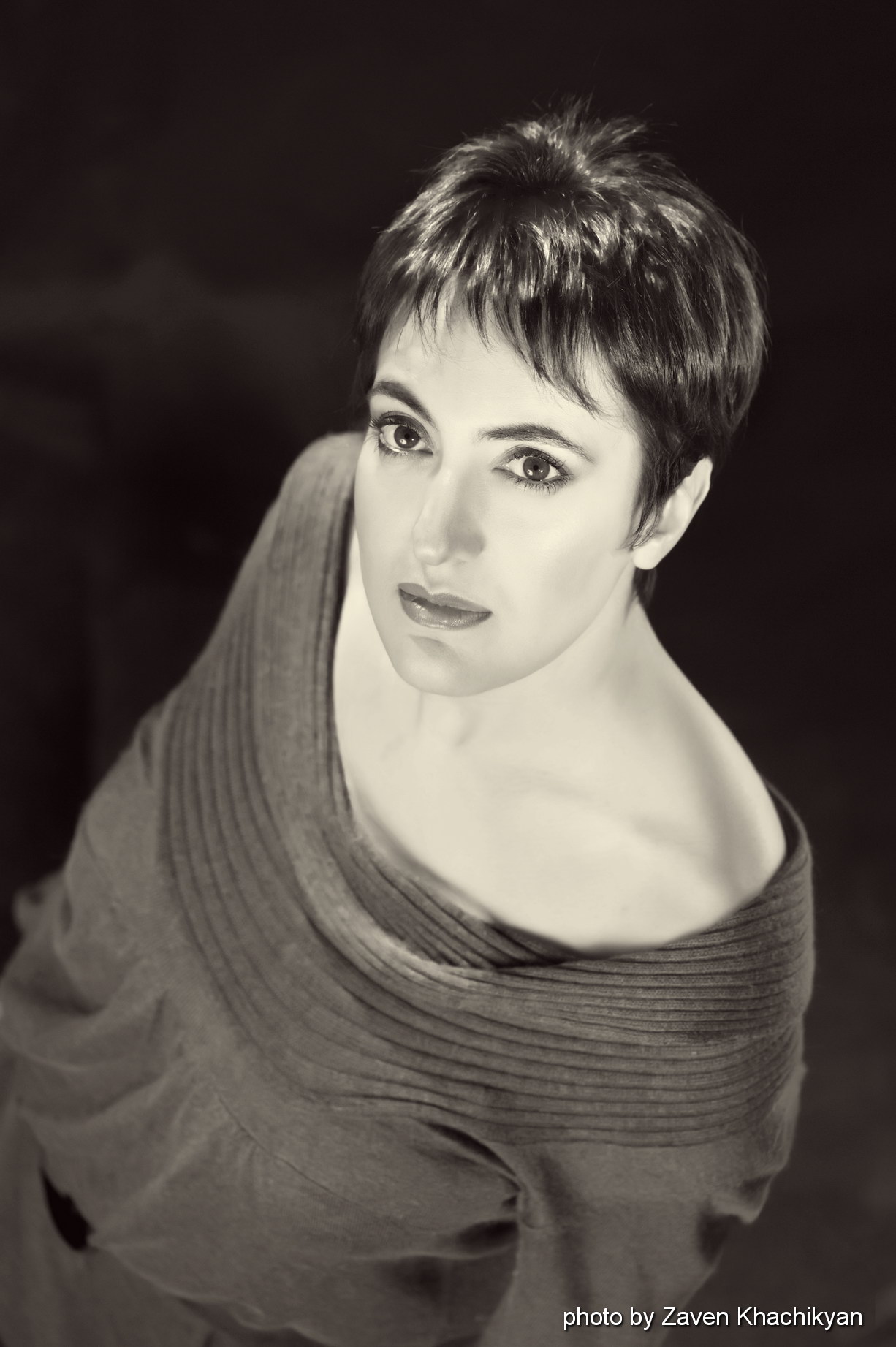