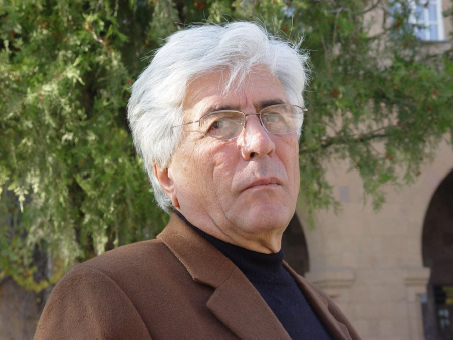 Robert Amirkhanyan
„His name is holy to every Armenians“. Widely known both in Armenia and its borders, a world-famous musical and public figure, composer, pianist, conductor, educator interpreter and performer of his own music, Knight of the Order of St. Mashtots (the top national decoration of the Republic of Armenia), Robert Amirkhanyan has devoted himself to developing the professional musical culture of Armenia.
He was born in Yerevan, in November 1939. In 1969 he graduated from the Yerevan State Conservatory. From 1991 to 2013 Robert Amirkhanyan was president of the Union of Composers and Musicologists of Armenia.
He has authored a Concerto for piano and Symphony Orchestra, a Song – Opera, a String Quartet, several musicals, pieces of choral music, music for movies and theatrical performances, children music, vocal cycles and songs.
His music has won multiple awards at International competitions. His songs successfully overcome the challenges of time and are very popular, continuing to gain the affection and admiration of audiences all over the world.
The Music by Robert Amirkhanyan is a spiritual and moral asset of Armenia, shaping the moral potential of the nation in the context of the newly emerging values and the entry of Armenia into the integral processes moulding a united Culture of the World.